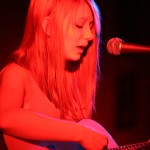 The end of the School Year saw the culmination of months and months of hard work by a dedicated group of Students as Grennan College presented the second Annual Grennan’s Got Talent Variety Show. Once again the same team was on hand to make sure that the Show was the best an audience could get!

Producer Elizabeth Kett was delighted that Martin Lacey could once again be the Musical Director for the Show. Martin is from Carlow and is well known far and wide in music circles. He has a great rapport with the Students encouraging them at all times. His son Evan Lacey was there to give another jaw-dropping performance on the Drums. Martin and Evan were joined this year by Kris Brennan singer and guitarist who added greatly to the music and coached a number of our soloists. Guitar man Dave Howard was also on hand to put the icing on the cake and make the overall sound between these top Musicians second to none. On Lights this year Kevin Quarrell did a great job and surprised Audiences with a rocking “Johnny be good” in the second half of each Performance.

Proceedings got off to a flying start on May 19th with a number of students being interviewed by Broadcaster Sue Nunn on KCLR98FM on the Stations Flagship Show.

Kayleigh Malone, Leanne Prendergast, Fionn Gardner, Roisin Richards and Aaron King chatted with their Host Sue, who made all feel welcome and relaxed. Ms. Kett spoke of how tradition doesn’t just ‘happen’ but that it’s a result of people working together and working hard to make something the best that it can be. As the group left the Studio a mobile beeped and the message  ” DE WHOLE SKUL IS LISTENIN !! “ flashed across the screen !

All years in the School were represented in the Show in Group songs, solos, dances, comedy songs and on the Stage team.

Our Dancers once again showed a huge dedication to their art with two fabulous performances –“Starstruck” and “Feel It”.

India Harvey’s Dancers gave a great performance also of “Love for my Slum” the Ndubz number.

The number of Solo Singers was amazing this year and newcomers Richard Waugh, Aaron King, Alison Begley, Roisin Richards, Kayleigh Begley and Sarah Conroy gave great performances, each one very special in it’s own way. We had several groups who sang together one of which was First year girls, Aoife Anderson and Lynn Walshe who worked very hard on their Jason Mraz song “I’m Yours”. Fionn Gardner and Jonah Anderson were once again entertaining as always with a fantastic version of “Don’t Stop Believin’ “ while Fionn Jonah and Richard Waugh also sang along with Paddy O’ Carroll in the side-splitting “Boy-Racer Song”  Third Year Student Ciara Comiskey once again excelled herself with “Hoplessly Devoted” from Grease as did Hannah Bailey with her rendition of Demi Lovato’s  “Fallin’ over me”. Bency Mol Babu gave a beautiful performance of Dance which is both traditional and modern, from the Kerula Province of Southern India.

Fionn Gardner was once again amazing in the sheer capacity of his voice and the energy he pours into his singing. He brought the house down (Almost!) with Queen’s “Don’t stop me now!” One special guest arrived due to the problem of “Volcanic Ash” and our Hall became an Arena for the talent of one young Lady who resembled very closely the strange but wonderful Lady Ga Ga. Wearing a gold sequinned number and wrapped in a gold shawl she was led up the hall by three burly bodyguards …and unveiled on stage where she began to strut around telling us about her ”Bad Romance”! Audiences were heard remarking on Ga Ga’s uncanny resemblance to our own fifth year student Lee Walshe! Later in the night her Stretch Limo was seen mysteriously winding it’s way up the Dublin Road and was last seen parked in Cloughabrody Heights. We’re told she was staying with Relatives there!

On the subject of stars, the show was very lucky to have “Scubadice and Pyrotechnix playing in several of the performances, making our Canteen look like a rock concert arena!

No show can happen without a Stage Crew and this year Jack Quarrell and Jimmy Walsh did a fantastic job. They helped the Musicians, moved microphones, became Body- Guards, they even danced and sang! Multi-talented lads are our Stage Crew.

Hosts for this year were Louise Kirwin, Jamie Walsh, Gary Mason, Jack Walsh and Paddy O’ Carroll. They worked very hard and are to be commended for their efforts.

The show could not go on without the help and support of our Principal Mr.Willie Norton, our  Caretaker and Team Mary Shasby and Mick Conlon.  Once again, Ms. Aviva Walsh was a great help to the Show, to Ms. Kett and to all the Students who took part giving everybody lots of support backstage and with tickets.

Many Teachers and other Staff helped and gave support to the show and thanks to all of them.

Producer Ms. Liz Kett thanked all who took part in the Show. She praised all those who came night after night to rehearsals and who worked hard to make their song or dance or chorus part or stage crew job the best that they could give. The Show performed is a reflection of all the interests, musical tastes

and talents of our students in this year, 2010. We look forward to seeing what next year will bring!!

We’ll have a little rest first though and watch the DVD which will be super, photographed captured and engineered as always by Pat Shortall Video and Photography.(086-3149795)